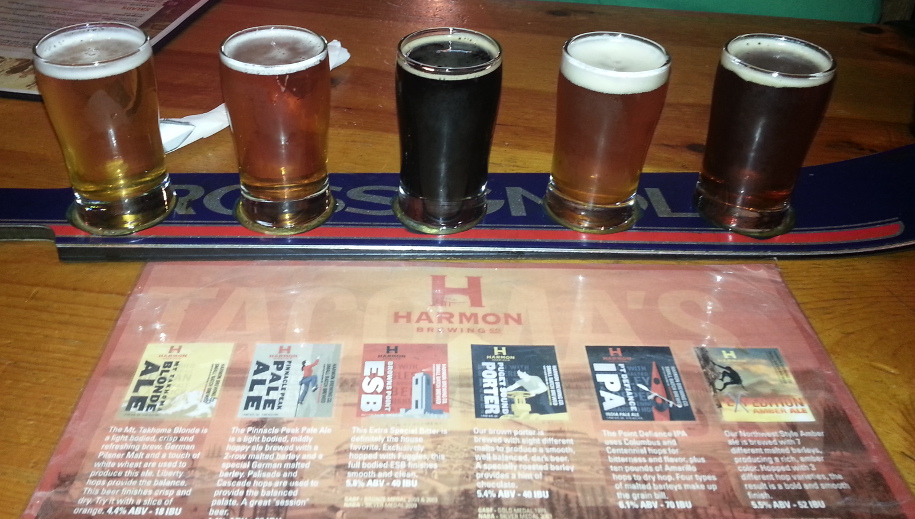 If you are every in downtown Tacoma and are looking for a nice place to get a beer and something to eat with the family. You may want to check out Harmon Brewery & Eatery at 1938 Pacific Avenue Tacoma, WA 98402. It has a nice Brew Pub feel and a variety of Salads, Soups, Burgers, Sandwiches, Pastas and Stone Baked Pizzas.  And of course you will probably want to check out their award winning beers too. 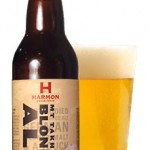 This is not an original flagship brew, but came on permanently about 2005, replacing the Wollochet Bay Wheat. This is our concession to light t beer drinkers, though our brewer rates it as his #3 favorite. The Mt. Takhoma Blonde is a light bodied, crisp and refreshing brew. German Pilsner Malt and a touch of white wheat are used to produce this ale. Liberty hops provide the balance. This beer finishes crisp and dry. Very smooth and easy to drink; garnished with a slice of orange to enhance flavor rather than hide it. 4.4% ABV and 20 IBUs. 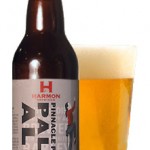 This is another English style, though with another American twist. Also an original flagship brew; this is brewed to be our “introduction to micros” for our customers. The Pinnacle Peak Pale Ale is a light bodied, mildly hoppy ale brewed with a 2-row malted barley and a special German malted barley. Palisade and Citra hops are used to provide the balanced palate. This is another in-house favorite session beer and very friendly at 4.4% ABV and 20 IBUs. 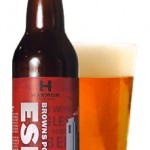 Another of the original flagship brews. This is an Americanized version of an English Style Ale. The family of “bitter” ales consists of Ordinary Bitter, Best Bitter and Extra Special Bitter, ESB, is Amber in color, with a medium body and fruity aroma. An easy drinking “session” beer, though a tad big at 5.4% ABV for a long session! The Brown’s Point ESB uses a hop oil essence of Fuggles – an English style hop – to provide the dry hop aroma. Fuggles is the only hop used to brew this beer; most certainly an in-house favorite. 5.4% ABV and 40 IBUs. 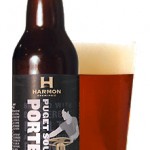 This is yet another original flagship brew and of the English persuasion. Our brewer does love his dark beers and decided to brew this slightly unheralded style. Porters, related to stouts, come in two basic styles: Brown and Robust. Robust styles tend to be heavier, stronger and even slightly darker. Brown Porters tend to be more drinkable as a session brew. Our Puget Sound Porter is a lovely dark Brown with strong hints of ruby. A wonderful coffee roasted and chocolate nose makes this Porter unique and enhances the medium bodied brew. The flavors of coffee and chocolate follow through each sip of this porter. 8 different malted barley’s, including Pale Chocolate and dark German barley make up the grist. Two hop additions balance the beer’s flavor. Our brewers 2nd favorite child! GABF Gold in 1999 5.4% ABV and 40 IBUs. 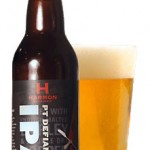 Our brewer’s version the India Pale Ale style of beer, it is the overall most popular of our 5 flagship ales at the Harmon. It is also the first beer brewed on the original equipment in august 1997. The recipe has evolved throughout the years, but has remained the same since 2006. The Point Defiance IPA uses Columbus and Centennial hops for bitterness and flavor, plus ten pounds of Amarillo hops to dry hop. Four types of malted barleys make up the grain bill. This is the brewer’s “favorite child”. 6.1% ABV and 70 IBUs.

If you are looking for a lite refreshing summertime brew.  I would highly recommend Roger’s Pilsner and that’s not because we share the same name. Brewed by Georgetown Brewing Company Roger’s Pilsner is brewed with Yakima grown Czech-style Sterling hops giving it a very refreshing pilsner taste and accentuated by a Bavarian Lager Yeast.

Beer is the world’s most widely consumed alcoholic beverage, and is the third-most popular drink overall, next to water and tea. It is thought by some to be the oldest fermented beverage. Today, the brewing industry is a global business, consisting of several dominant multinational companies and many thousands of smaller producers ranging from brewpubs to regional breweries.

Here at BeerSchooner.com we have a great love for everything beer. We enjoy everything from drinking it to making it. If that sounds good to please open a beer and take a look around.